It’s imperative that military personnel and emergency response units receive cutting-edge virtual training tools to help them prepare, training that needs to be generated quickly and efficiently. Companies who create computer generated simulations are increasingly pressured to provide realistic visualization under ever decreasing schedules. Quite simply, a businesses success as well as lives can depend on efficiency and rapid output.

Craft Animations has created a software able to reduce production times by roughly 80%, according to Director Yuris Mangolds of C2I Studios. “It greatly sped up the animation process. We had developed our own tools, but by using Craft, what used to take us a week we can now do within a day or two. The software enable us to quickly rig a vehicle, set a ground plane, and drive the vehicle across it using a joystick. Now we just record the video game experience, and render.”

With Craft Director Tools, it is no longer necessary to manually keyframe the scene. No longer saddled with setting up every camera shot independently, the artist is able to record the action for the entire sequence in one take and edit to different cameras. This enables more seconds of animation produced in the same amount of production time. Where before something as simple as bouncing over a rock in the path would require a block of keyframing time in the hands of a skilled animator, with Craft it’s simply a matter of maneuvering the vehicle by joystick and recording the session.

Mangolds has used Craft Director Studio for the last eight months, and estimates that he can now produce 30-45 seconds of animated material in a week where before he might have produced 6-8 seconds. “It’s just improves the overall pipeline, whereas before we had to set up every camera shot independently.”

In a recent project, Mangolds created a haz-mat (hazardous materials) and civil services simulation involving a train wreck resulting in a toxic spill. In that simulation the robot enters the area, locates and removes a fallen worker, returns to the train and shuts off the valve sealing the leak “I drove the robot all the way through the contaminated area in one animation pass. Then we brought in all the cameras and broke up the sequence into smaller camera shots, one medium shot of the robot traveling into the contaminated area, a close-up, and the next is from the robots’ point of view. You have all the tools to aim, turn, or move it around using the joystick. If we were to do that the old fashioned way it would have taken a lot longer to animate.”

Ease of use and a simple learning curve means that Mangolds, who previously handled the TD and director work, can pass more tasks on to his team while he focuses on the bigger picture. His earlier attempts to program his own tools were quickly put aside. “Why spend all the time developing and implementing a system when I can just buy it and if it works, it will pay itself off?” Mangolds found the Craft Animations’ software so efficient that it paid for itself on the very first project. 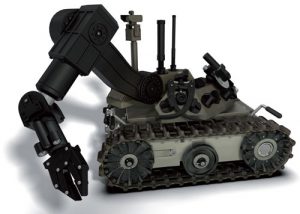 Secondary animation improves realism, but traditional methods makes that a time consuming process. This is no longer a concern. “I use a flight simulator joystick with a throttle. I can link the throttle to the amount of shake so if I want a lot, I just move it forward before I push the button. If I want less, I just pull it back. For example, previously I had the robot set up to detect the ground so you could draw a path in 3D that the robot would follow. The tracks on the robot are rubber, and with the old way of doing it the tracks would rotate around the wheels as the wheels turn, but it wouldn’t be as nice as the Craft results. In the Craft version, where there are no support wheels on the track, it bounces a bit automatically adding noise and secondary animation.”

Not only does Craft Director Studio save us considerable time and money, it adds a whole new level of realism… allowing us to produce animations and Con-Ops that far surpass our client’s expectations, even on a low budget.

Even subtle differences can be seen, such as a scene where two firemen load the robot, picking it up from the fire truck and placing it on the ground. Even though there is no driving involved, C2I Studios still used the Craft tracks around the robot so when the firemen picked it up, the rubber tracks reacted. “It really adds to the realism.”

Mangolds praised the customizable aspects as well. Many of the robots that C2I Studios works with are unconventionally designed. One recent visualization required a large wheel in the front, a small wheel in the back, and four tracks. The large wheel pivots the outer set of tracks and can rotate around in a flipperlike fashion, lifting itself onto objects as needed. Mangolds used several features to accomplish this and found the process surprisingly easy. “It could take two days to fully code and rig a tracked vehicle from scratch to the point where most features like ground detection, bounciness in tracks, and “oneclick follow path” are automatic, but the same effect can be set up in less than an hour using Craft Director Studio. This doesn’t include the vast amount of time saved from animating using a joystick vs. traditional animation.”

He also uses Craft Director Studio to develop the control systems for the robots. One weaponized system has a removable turret and a complicated gripper arm with nine different axes, making the animation difficult to control. “We’ve used Craft Director Studio to quickly throw in rotator objects at the axes and assign them to joystick controllers so we could preview the animation or help the engineers design the operator control unit. We could lift the upper arm to one axis of the joystick, extend the forearm out to another, and swivel the rest to another button.” This allowed for testing of various setups, refining the process and assisting the engineers to discover the best way to set up the control system.

But perhaps the ultimate test of a company is not its product, but its support. Mangolds freely lavished praise there as well. “I’d like add, dealing with Craft Animations’ support has been some of my most pleasant support experiences, and I’ve had a lot of really miserable ones with other software companies. Craft Animations’ support has always been prompt and helpful, and acknowledged my requests and suggestions by applying them in software updates.

We typically deal with really tight deadlines. The military doesn’t want it yesterday, they want it about a month ago.” By using Craft, Mangolds has increased and improved his production and is able to share the workload with his staff, has consequently expanded his client list and therefore his profit margin. And, he gets to enjoy his evenings at home, rather than tied to his office. 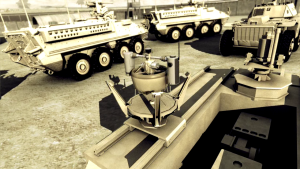 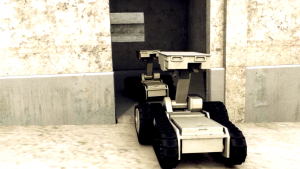