The guys over at Mi have created this great NASCAR The Game™ 2011 Trailer for Eutechnyx and Activision.

The promotional video game trailer may indeed be the most important aspect of a video game package. Created to link potential players to the overall storyline, cinematics and features of a game, the trailer itself serves as the first impression. So, why shouldn’t an animated trailer be completed in the same way the product is intended to be played?

Manchester-based animation and visual effects studio Mi took this exact approach while creating the fully CG trailer for Activision’s NASCAR The Game 2011. Integrating Craft Animations™’ Craft Director Studio™ (CDS) toolset, Mi was able to animate over 40 NASCAR cars involved in the trailer using an Xbox controller. Based on cutting-edge research in autonomous control systems, CDS tools simulate the complex physical behavior of 3D vehicles and cameras in real-time. Their ability to be controlled by various input devices such as video game controllers, 3D mice and interactive pens, adds a high degree of control, while eliminating the time-consuming tasks of keyframing, scripting and rigging.

Not only did CDS make animating as fun as actually playing the game, the tools themselves provide a very high level of control which adds even more realism and quality to our end product. We were able to create shots from day one, immediately experiencing time and cost savings.

Combined with both Autodesk® 3ds Max® and Autodesk® Maya®, Mi utilized the CDS 4-Wheeler Extended tool in Autonomous mode to simulate the dozens of race cars running in formation at approximately 190 mph over the one-mile Dover NASCAR track. For the hero cars, Thatcher’s team layered keyframe animation using relocators, or proprietary custom rigs, in order to achieve precise control of the car’s placement. “CDS allowed us to simulate every car as it rounded the track, and we were able to reuse that simulation in every shot, therefore, parameter changers were quick and painless,” says Thatcher. “When compared with traditional animation processes, I estimate that CDS saved us around 60% of our animation overhead. CDS has proved to be a brilliant tool for us and we are already putting it to use on our new stereoscopic race car project. 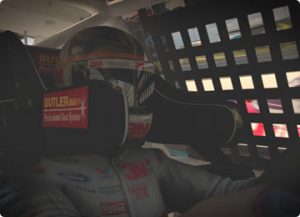 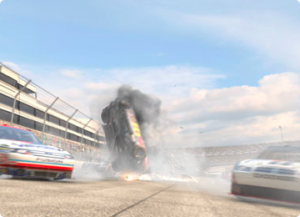